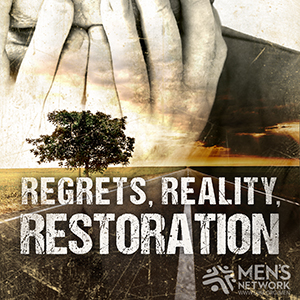 The simple truth is life is full of regrets. Imprinted on our psyches, some resist all attempts at erasure. What do we do when the condemning memory of past offenses won't be silenced? Is there a way out beyond our backstory? Join us on The Lutheran Hour the weekend of Feb. 22 as Rev. Gregory Seltz, Speaker of The Lutheran Hour, begins a five-part sermon series exploring the nature of regret and the forgiveness God holds out to each of us-regardless of what we've done.

The Regrets sermon series follows on the heels of the recent releases of a Men's NetWork Bible study and Project Connect booklet covering the same topic. The sermons will be available as a three-disc set once the series of broadcasts wraps up on March 22. Stay tuned for more details on purchasing the CDs.

Have you ever wondered what it would be like to trace the footsteps of the Apostle Paul? Here's your opportunity to do just that. Experience the sights and sounds of early Christianity during The Lutheran Hour's special five-week sermon series. Each week's broadcast will be complemented online with:

The travelogue and introduction videos will provide a context of what Paul was experiencing during his mission trips to the various cities so that the meaning of each sermon will be enriched for the listener. A Bible study PDF is also available for groups wanting to discuss the significance of Paul's travels and wrap everything together.

Listen to The Lutheran Hour on ...

Change Their World. Change Yours. This changes everything.

Get Involved Or Donate

Your browser is out-of-date!

You may need to update your browser to view LutheranHour.org correctly.Update my browser now